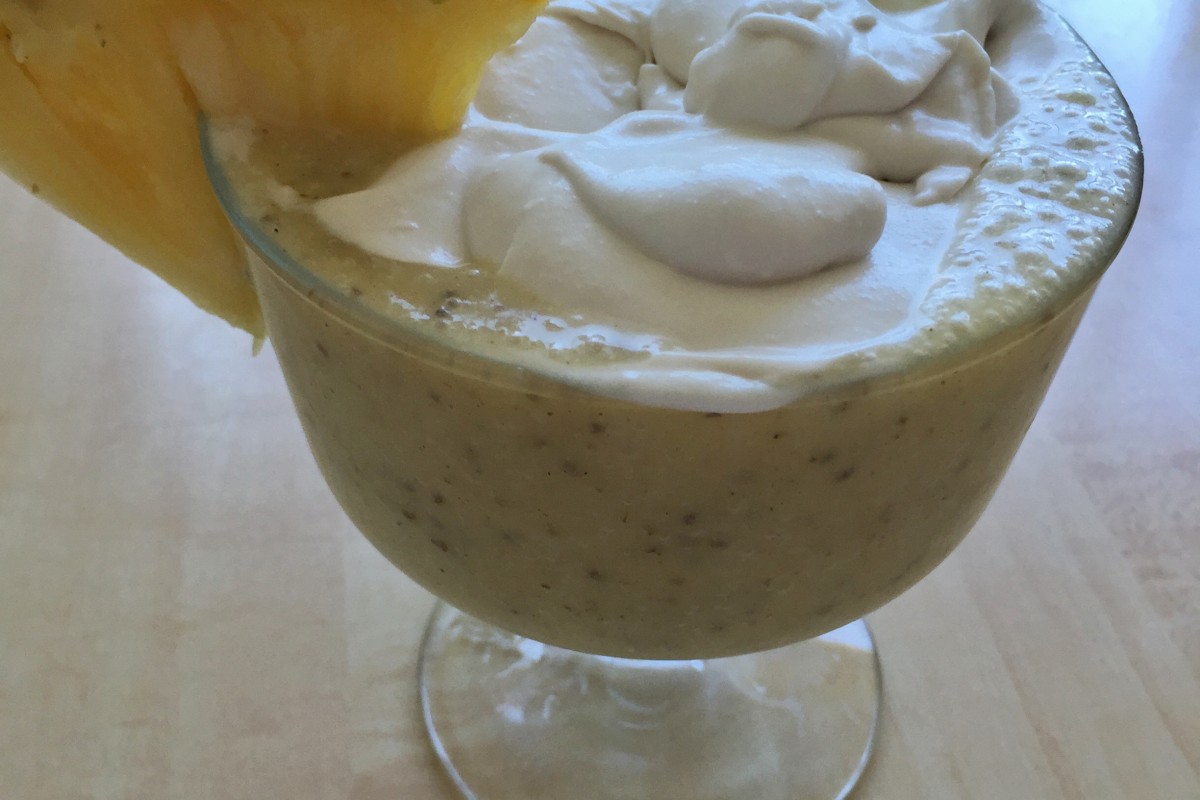 The belief that oranges are the best plant source for vitamin C is just another example of good marketing. PINEAPPLE contains 131 percent of the daily value of vitamin C. Vitamin C is a natural antioxidant used to suppress coughs, colds, and flu symptoms. We need vitamin C to synthesize collagen, the main structural protein in the body for healthy blood vessels, organs, skin, and tissue support, heavy metal absorption, and bone strength. Pineapples are also rich in bromelain which is what discourages arthritis inflammation, indigestion, clotting, bruising, and harmful bacteria, even cancer and parasites. Many studies have shown that bromelain have killed off cancer cells.

PREBIOTICS are carbohydrates that we cannot digest and they are food for probiotics or the good bacteria that help keep your digestive system healthy by controlling harmful bacteria.

ALMOND MILK keeps your heart healthy and your bone strong. Almond milk contains 50 percent of the recommended daily amount of vitamin E, which contains antioxidant properties essential to your skin’s health, such as protecting it against sun damage.

COCONUT MILK AND COCONUT WATER are among the world’s healthiest foods. Coconut milk can help you lower cholesterol levels, improve blood pressure, and prevent heart attacks or a stroke. **I left a can of full fat organic coconut milk in the fridge, I used the coconut fat, a little powdered sugar and a few drops of vanilla extract. I whipped those three ingredients together with my stand mixer to make the topping. I used the remaining coconut water for the smoothie.

CHIA SEEDS used for their energy boosting properties are also rich in vitamins and minerals. They help reduce the risk of chronic diseases.

I Know HONEY is not considered “vegan” because the belief that the consumption of honey exploits the honeybees. One could also argue that the consumption of sugar supports the exploitations and abuse for sugar cane workers as they are usually working at harsh conditions. Also I only use organic honey, local if possible. Buying organic is much more important as you are not supporting the use of harmful chemicals and pesticides which are the cause of killing not just the honeybees. For me it is all about intent. We need to sometimes look at the bigger picture instead of scrutinizing. Honey, which has also been called liquid gold alleviates allergies, boost memory, natural cure for coughs and colds due to its antibacterial, anti-fungal, antioxidant properties.

This site uses Akismet to reduce spam. Learn how your comment data is processed.